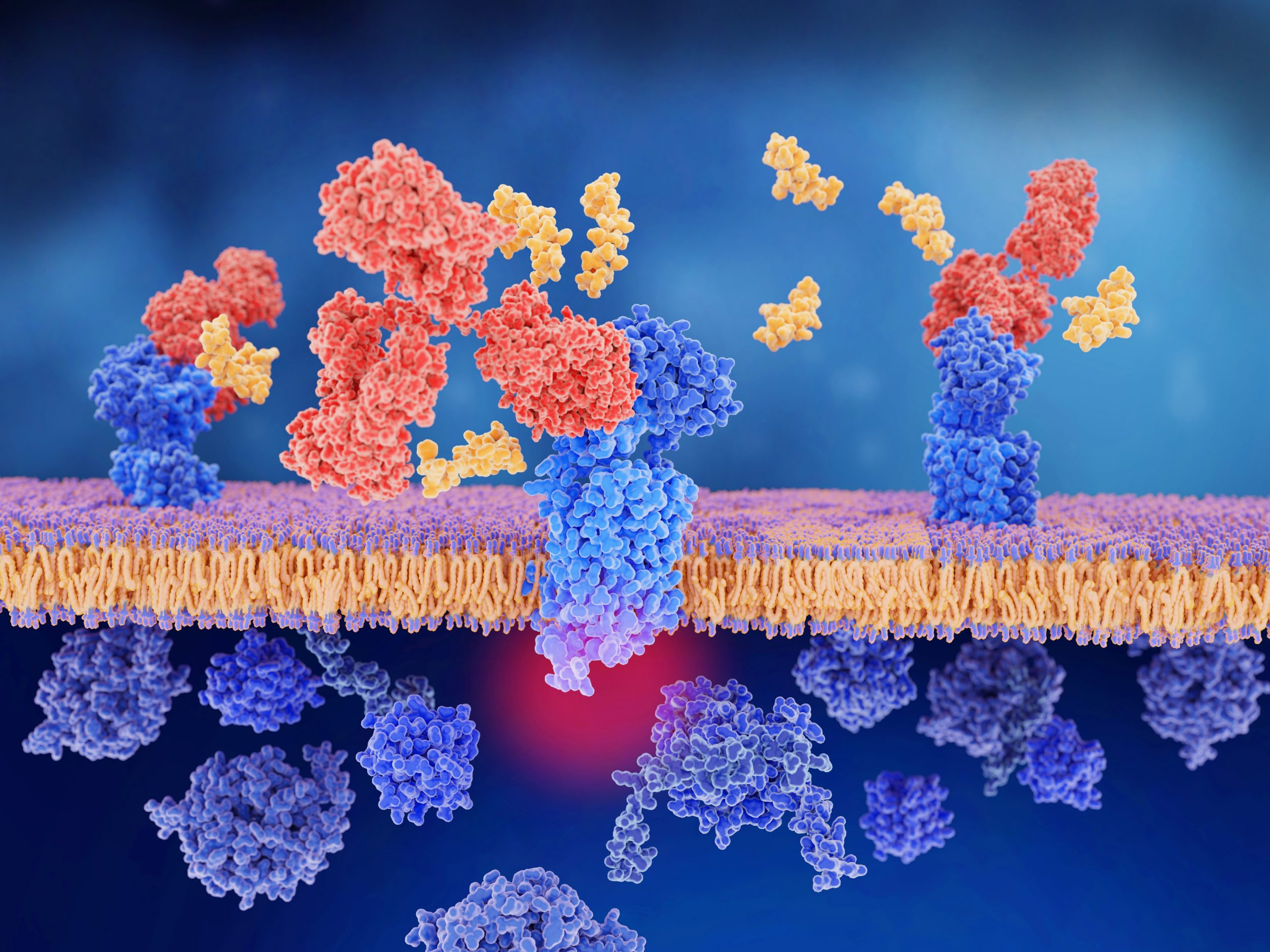 Peptides are groups of amino acids found throughout every cell and tissue in the body and are an integral part of most biologic processes. Peptides build the proteins, cellular transportation, enzymes, hormones and structural foundations that hold us together.

These proteins control how the body functions, affecting nearly everything; weight loss, sexual function, and even digestion functions. So, maintenance of proper concentration and activity levels of peptides are necessary to achieve homeostasis and maintain health.

In short, peptides are small proteins formed of short chains of amino acids. And, the body uses them as hormones and signaling molecules for biological pathways.

Peptide therapy helps people achieve physical transitions both inside and out of the body. It’s a newly emerging science, but gaining popularity quickly because of numerous success stories. But, what are peptides?

Although peptide therapy is fairly new, there are more than 100 US FDA-approved peptide prescription medications on the market. And, there are hundreds of others in clinical trials and more than 500 more in preclinical development.

Peptide treatment is generally considered risk-free and can be used for very targeted results. Peptide therapy mimics the functions of naturally occurring peptides to imitate certain abilities on focused areas. So, it’s all about boosting the functionality of existing peptides while filling in deficiencies.

Whenever there’s a major hormonal imbalance or peptide deficiency, the body is made vulnerable to certain types of diseases and disorders. For example, peptide treatment is often used for various autoimmune disorders.

Part of the reason why peptides are so effective over previous drugs is that they are highly versatile and contain much lower toxicity levels. So, this means that more people are able to take peptides than pharmaceuticals, and the body has to do less work to deliver them.

Peptides control lots of fundamental processes in the body. When it comes to the skin, peptides can influence things like the availability of collagen and melanin.

Collagen is a major piece of our skin’s elasticity and suppleness. And, since collagen production declines with age, wrinkles and fine lines start to form. So, the skin care industry has been looking for an effective way to combat this. And now, there may be a way to avoid covering up or tightening the skin.

As peptide skin care products are better understood, the delivery of these building blocks will improve too. That means more youthful skin will be attainable without expensive procedures.

Peptides also play an important role in hormone balancing and treatments of serious disorders. Some of the leading peptide therapies in the medical field include:

This peptide is responsible for a number of growth hormones and organ functions. It boosts the production of testosterone and have a direct impact on muscle mass and function. Some early studies indicate this peptide treatment also improves weight loss, immune system health, and lowers inflammation.

With Ipamorelin, improvement in sleep quality has also been noted. So, Ipamorelin can be an excellent, comprehensive therapy for athletes as well as those struggling to get into better shape. All of these factors (muscle functionality, immunity & rest) are important for staying fit and healthy.

This peptide therapy has shown amazing results as a growth hormone releasing hormone (GHRH). And, it is actually a synthetic copy of a peptide naturally produced in the body. And, as an adolescent, the body releases it to speed production of growth hormones.

Adults gradually see reduced GHRHs as they get older. So, supplementing them can lead to improved muscle gains. This is a natural process and is completely unrelated to other HGH products. It’s an expensive solution to buy outside of prescriptions.

How effective is CJC 1295? Well, typical results can range from 2-10x normal growth hormone production. It is administered as a weekly injection and can last for up to six days. This makes it ideal for competitive athletes for that boost, but without dealing with needle pricks and soreness every day.

So, when the body lacks enough of GHRHs during childhood, it can lead to stunted growth, poor muscle & bone development and increased risk of serious diseases. Sermorelin triggers the growth of new tissues and bone even in adults. This hormone therapy is popular among athletes and bodybuilders.

Also known as Growth Hormone Releasing Peptide 2, GHRP-2 is responsible for hormone production in the pituitary gland. This enhances the production of our body’s growth hormone. And, it does this without the common side effects associated with most synthetic growth hormones.

GHRP-2 is often taken in combination with Sermorelin or GHRP-6 to further strengthen pituitary gland production. These peptides pair well together for muscle building without any contraindications.

The use of peptide therapies are infinite. This is the future of most modern medicine. As more peptides are isolated and studied, cures and enhancements will increase rapidly. Unfortunately, as with most new fields, as it gains in popularity, you’ll need to use more caution too as substandard products enter the market.

Because this is such a new and lucrative market, you will encounter many fake and falsely advertised products. The best way to learn more about these new treatments is to get a consultation with a medical expert. Balanced Bodies Anti Aging has the medical experience and cutting-edge scientific research to back up our treatments.

We offer HCG dieting, hormone replacement therapy, or specialized blood tests. If you want to learn how peptide therapies can change your life, contact us today.