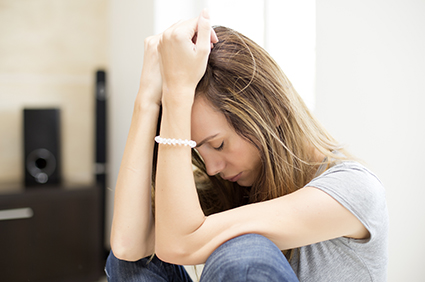 Feeling disorganized and forgetful when under a lot of stress is normal. It doesn’t feel that way at the time, but it’s actually part of the way the brain works.

Studies show pretty clearly that stress can affect how the brain functions. This is true in both humans and animals. It’s true in both real-life environments and stress manufactured in research settings.

Scientists can literally see the changes in how the brain processes information. And, when people experience stress, such as being asked to perform a difficult task like counting backward from 1135 by 7s in a test situation. Stress, no matter where it’s experienced, seems to interfere with cognition, attention, and memory.

Of course, stress affects more than memory. It also affects other brain functions, like mood and anxiety. Scientists have also discovered stress promotes inflammation, too. This can adversely affect heart health.

So, stress can be associated with multiple chronic brain and heart diseases. And, stress can affect men and women differently too.

Understanding the effects of stress on thinking and memory needs a little peek into the brain. First, the brain isn’t a single unit, but rather a group of different parts which perform different tasks.

Evidence suggests that when one part of your brain is engaged, the other parts of your brain may not have as much energy. This affects how vital tasks are handled.

So, if you are in a dangerous situation, for example, the amygdala, which governs your survival instincts, may take over. Such an adjustment appears to leave other parts of your brain with less energy.

Essentially, the brain is shunting its resources when in danger mode. This is because the brain’s in survival mode, not memory mode. So, This is why people might be more forgetful, or even experience memory lapses, when under stress.

How an individual reacts to stress can be influenced by gonadal hormones. These hormones are secreted in large amounts during fetal development, puberty and pregnancy (but depleted during menopause. Reductions in the gonadal hormone estradiol during the menopausal transition may change how our brain responds to stress.

The brain not only controls motor function, but also the release of stress-induced chemicals like cortisol. So, brain chemistry affects chemistry in the rest of the body. And, too much stress over too much time can have lethal consequences.

There is evidence that persistent stress may actually rewire your brain permanently. Research has shown that animals which experience prolonged stress have less activity in the parts of their brain that handle higher-order tasks. For example, the prefrontal cortex showed more activity in the primitive parts of the brain focused on survival, such as the amygdala.

In a way, brain rewiring is much like what would happen if only one muscle group was exercised and not another. The area of the brain activated more often becomes stronger while the part that got less attention gets weaker.

Changes in the brain may be reversible in some instances. But, since no two humans are completely the same, brain damage may be more difficult to reverse in others. Much of this depends on the type and the duration of the stress. And, it also depends on the brain and body health of the person involved.

Take a stressful childhood filled with bad experiences for example. Prolonged stress seems to take a harder toll on the developing brain. However, some research has found that those who demonstrate resilience in the face of past childhood trauma can attribute it to this shunting mechanism of the brain. Because, those people actually appear to have generated new brain mechanisms to compensate. It’s thought that these new pathways help to overcome stress-related brain changes that formed earlier in life.

The effect of stress on the brain is well documented. However, it’s less clear what type of exact stress will prove damaging, raising the risk of memory problems later in life. But, does a brain experience problems when you are under a small amount of stress the same as long-term stress?

Stress is a broad term used to describe a lot of different things. The stress experienced before a test is likely very different from the stress of being involved in a car accident or a prolonged illness. So, evidence suggests that more stress is likely worse, and long-term stress is generally worse than short-term stress.

There are additional factors that make stress more harmful such as:

It’s true that stress affects the brain negatively. This is more true with a lifetime of anxiety or pain or other adverse living conditions. That’s why it’s critical to maintain brain health.

But how does one take care of a brain?

Brain health can be optimized in a number of ways. Diet and exercise are wonderful ways to address stress. But in the busy modern world, finding that balance can be difficult. So, there are supplements which provide essential nutrients for brain health too.

And, it’s always good to keep active for brain health. Having somewhere to go, things to do and places to see stimulates brain health. People who play games, engage in creative efforts and intellectual pursuits deal with stress better than lethargic people.

Of course, if things become critical with brain health, there are also mental health professionals, but who wants to experience that? Balanced Bodies Anti-Aging Clinic is here to help you manage it.